The Best of Morocco

You will see the best of Morocco in this cultural and adventure tour, making it a very challenging and rewarding experience. As soon as you step out of the airport, experience Tangier, ending with the smells and colours of Marrakesh.

This private tour will take you through several different regions. From busy cities to peaceful deserts and oasis, with very different civilizational standards from those we are used to. Travel through this beautiful country from north to south. See amazing and breath-taking views, meeting its people, their hospitality, friendship and customs.

It is in these differences that resides much of the fascination of this adventure.
As in all tours, we do not want you to be a mere tourist, but a fellow traveller, who seeks new experiences. 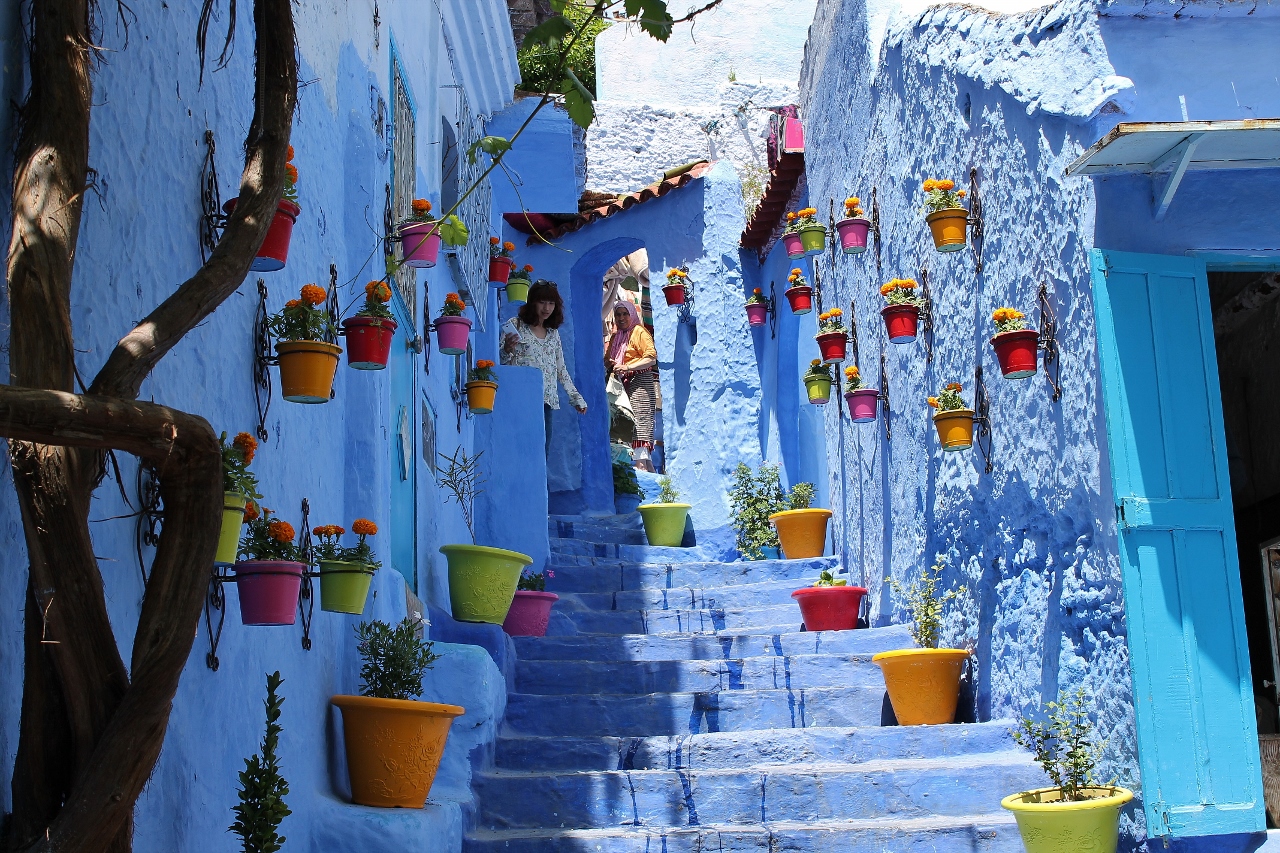 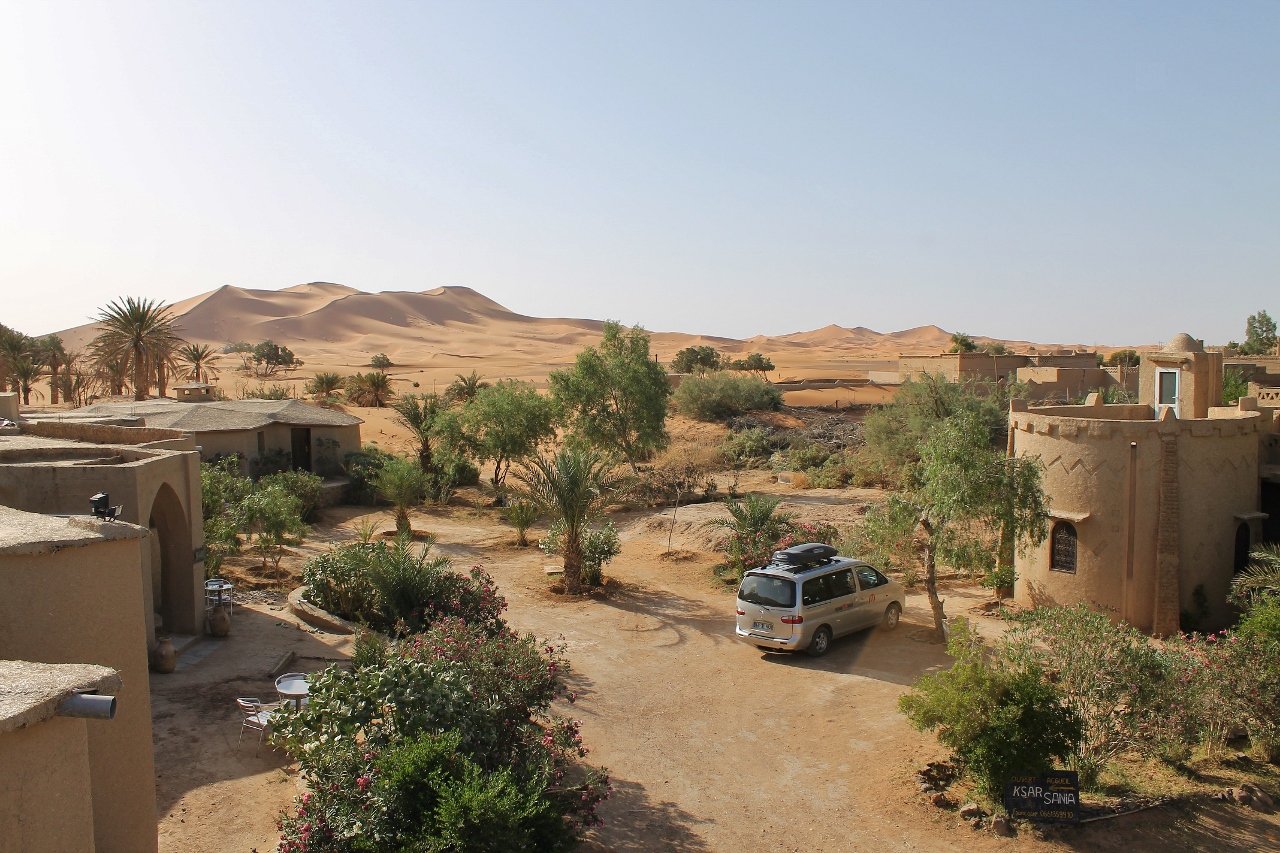 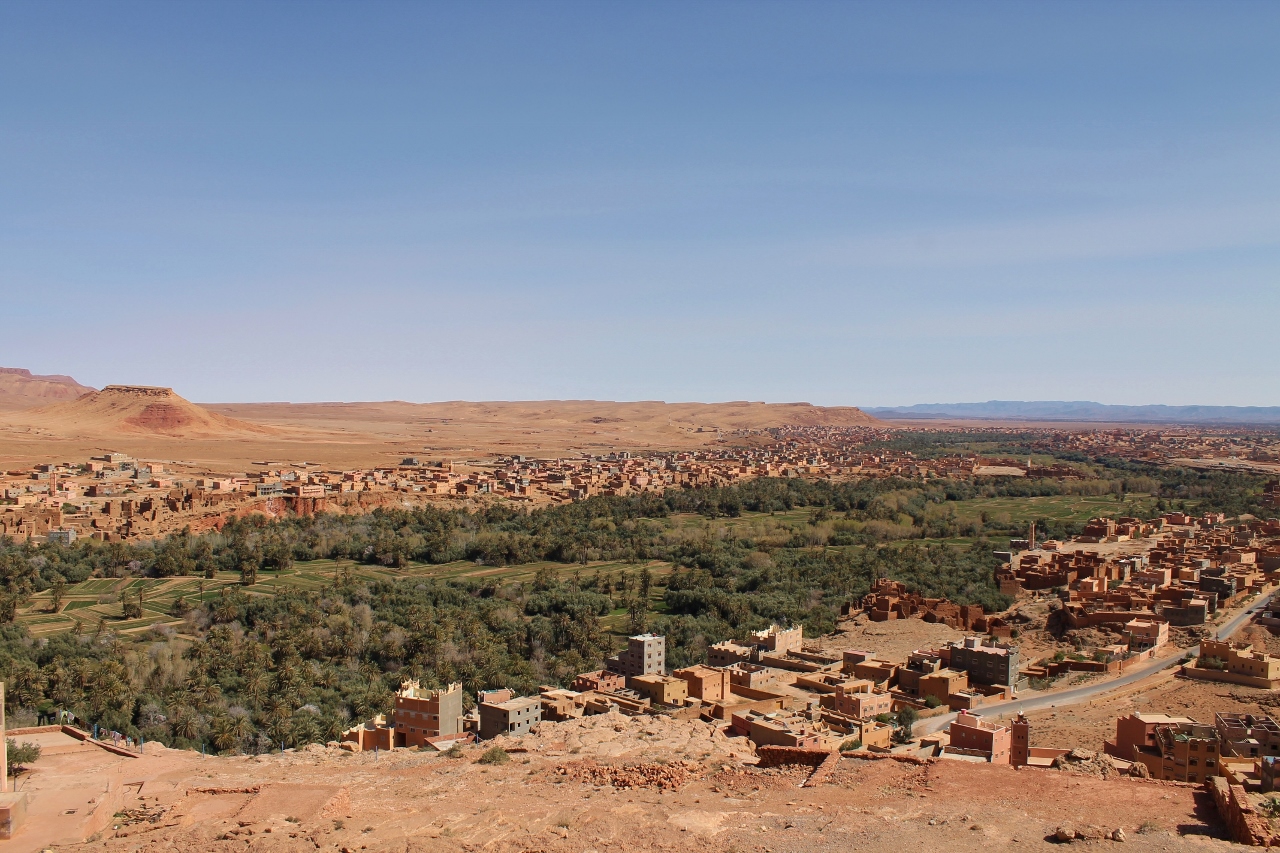 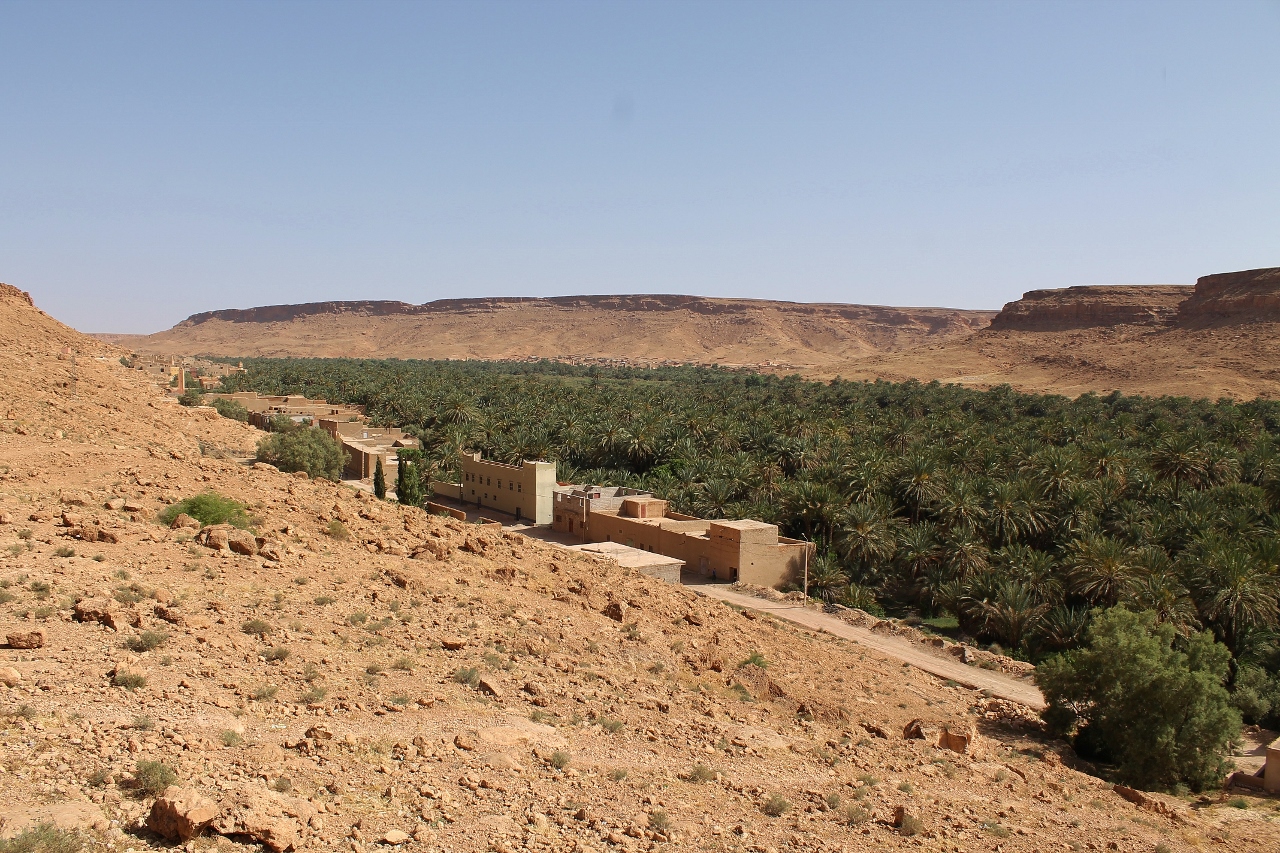 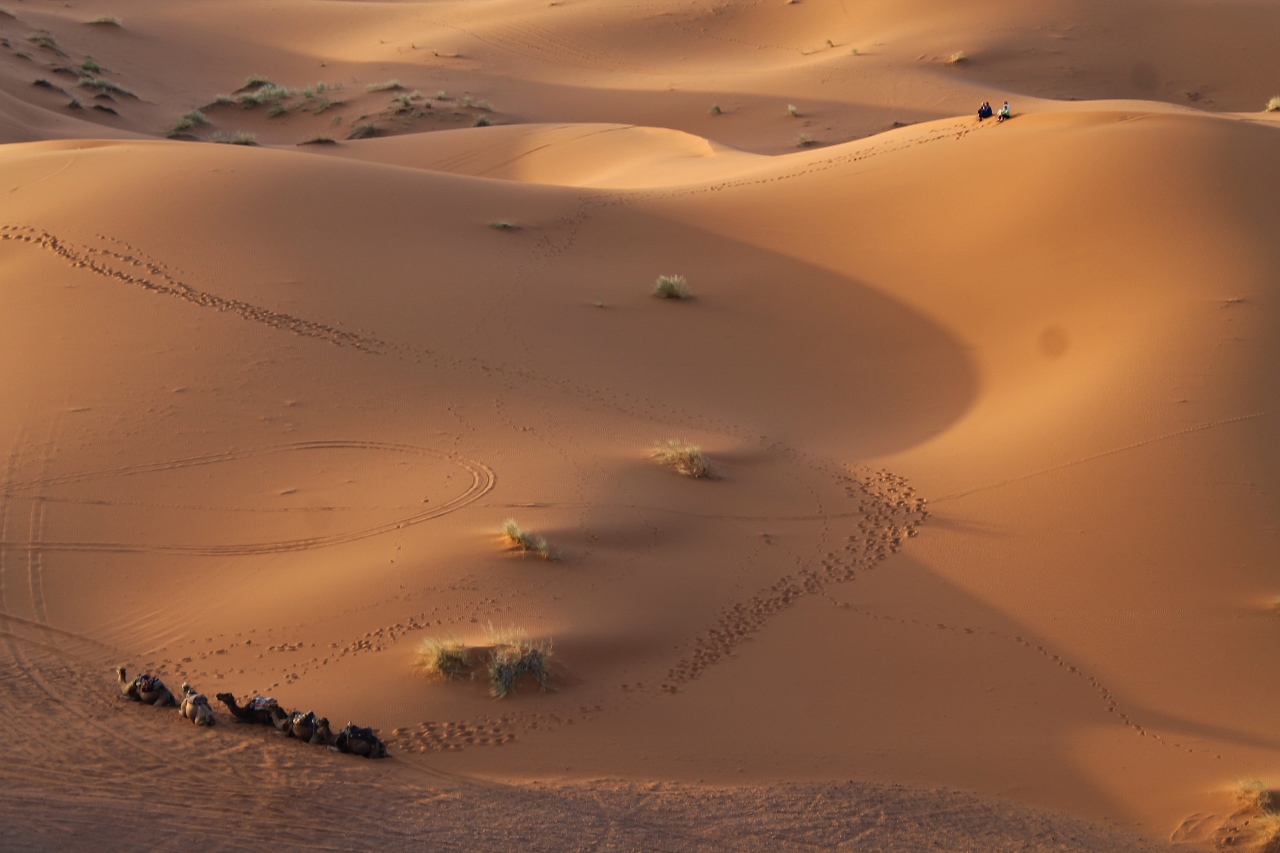 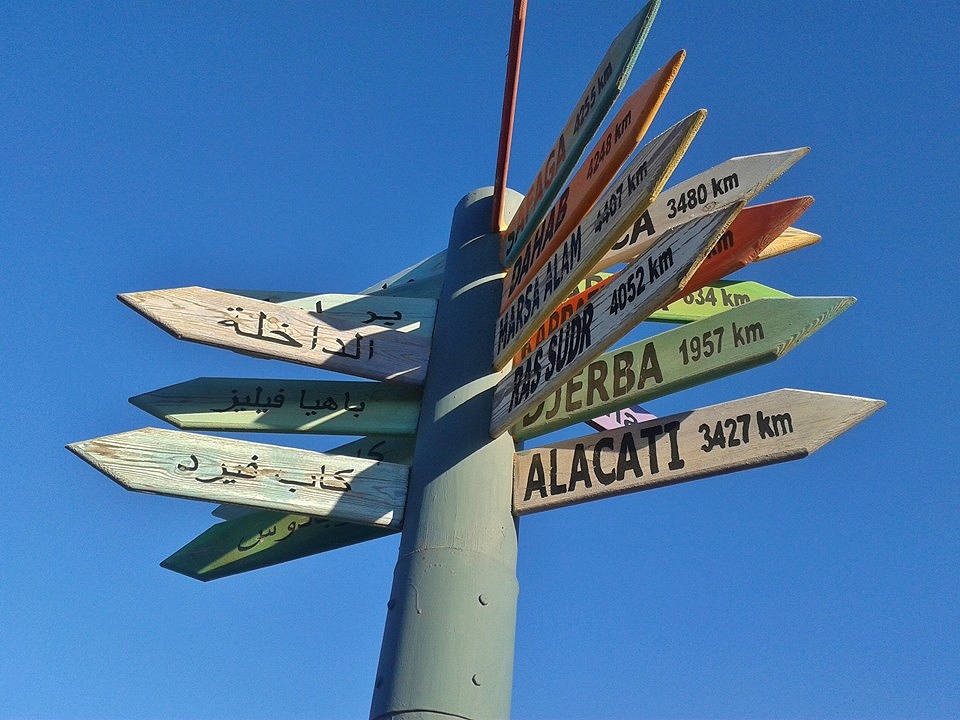 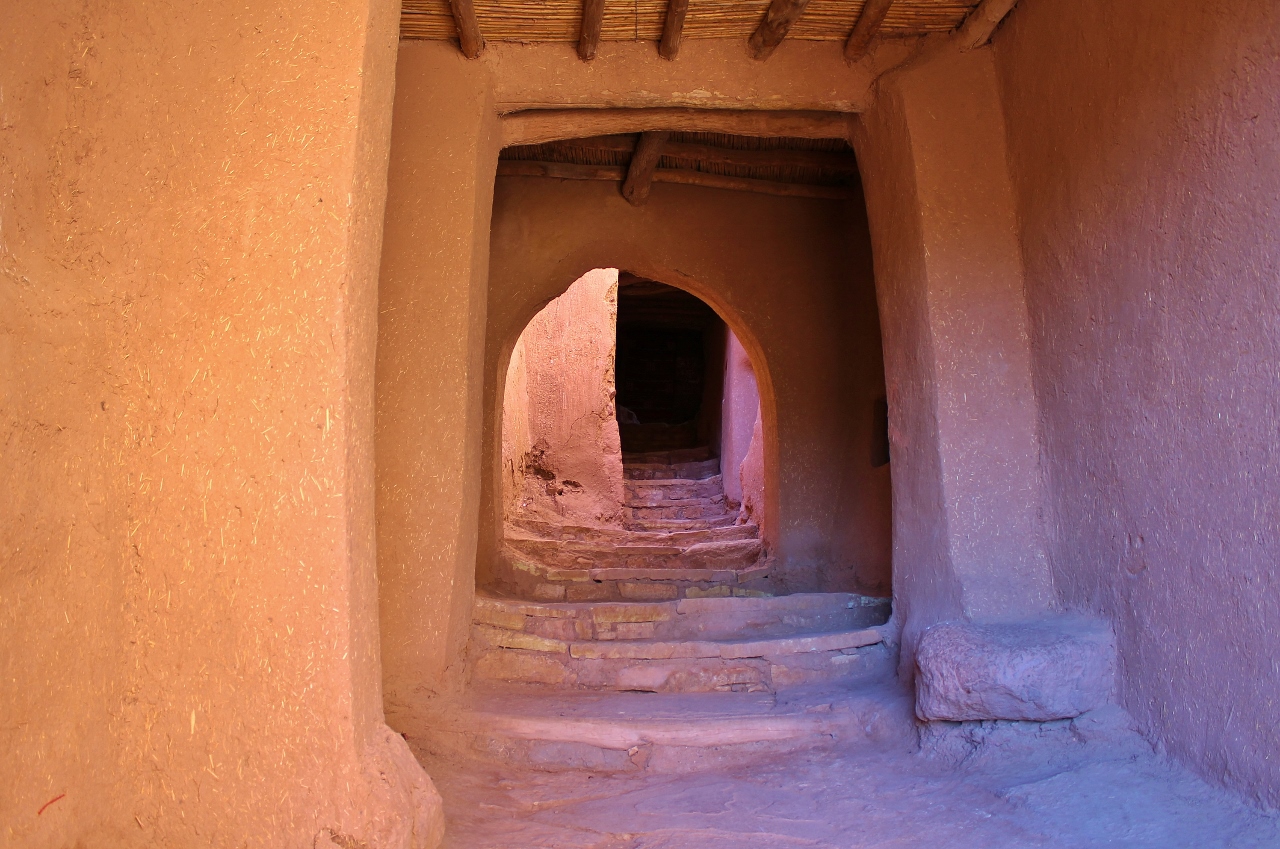 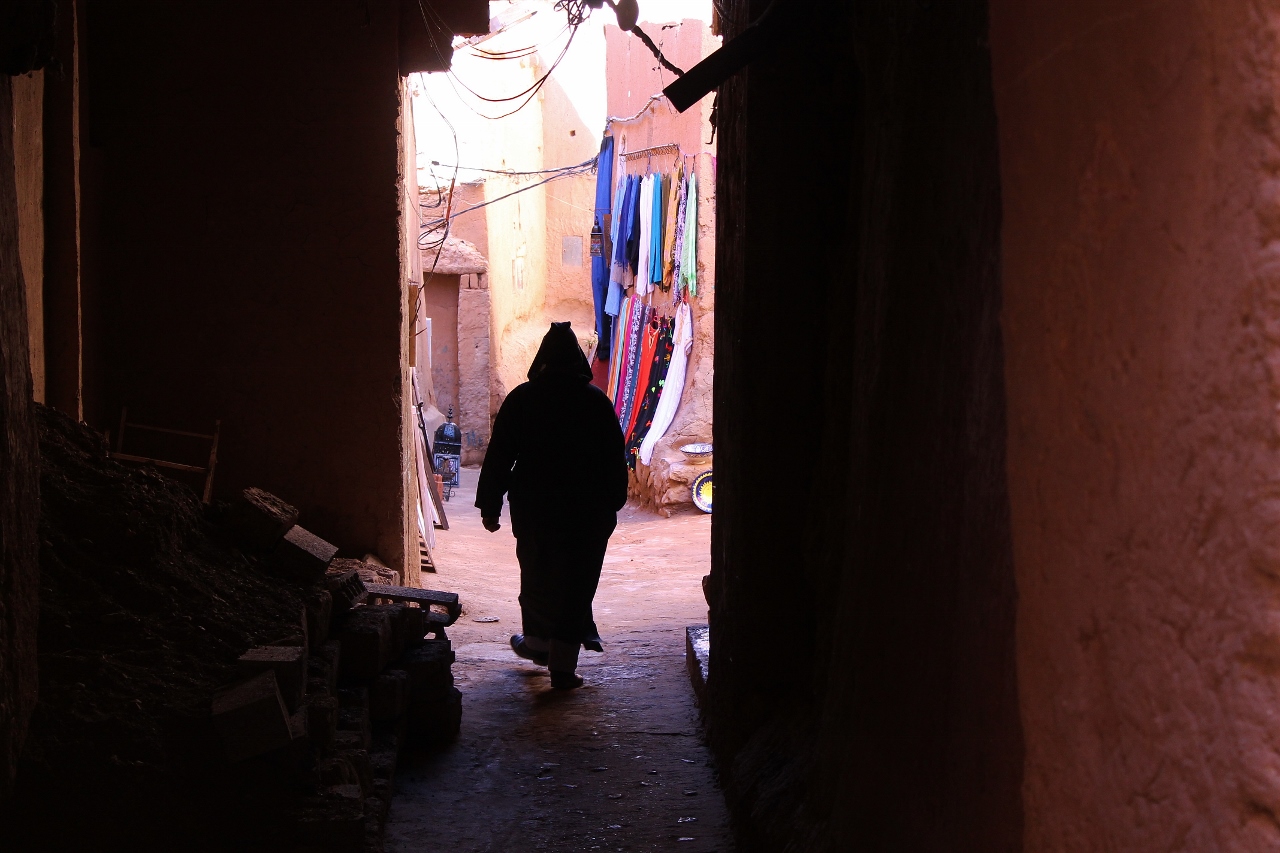 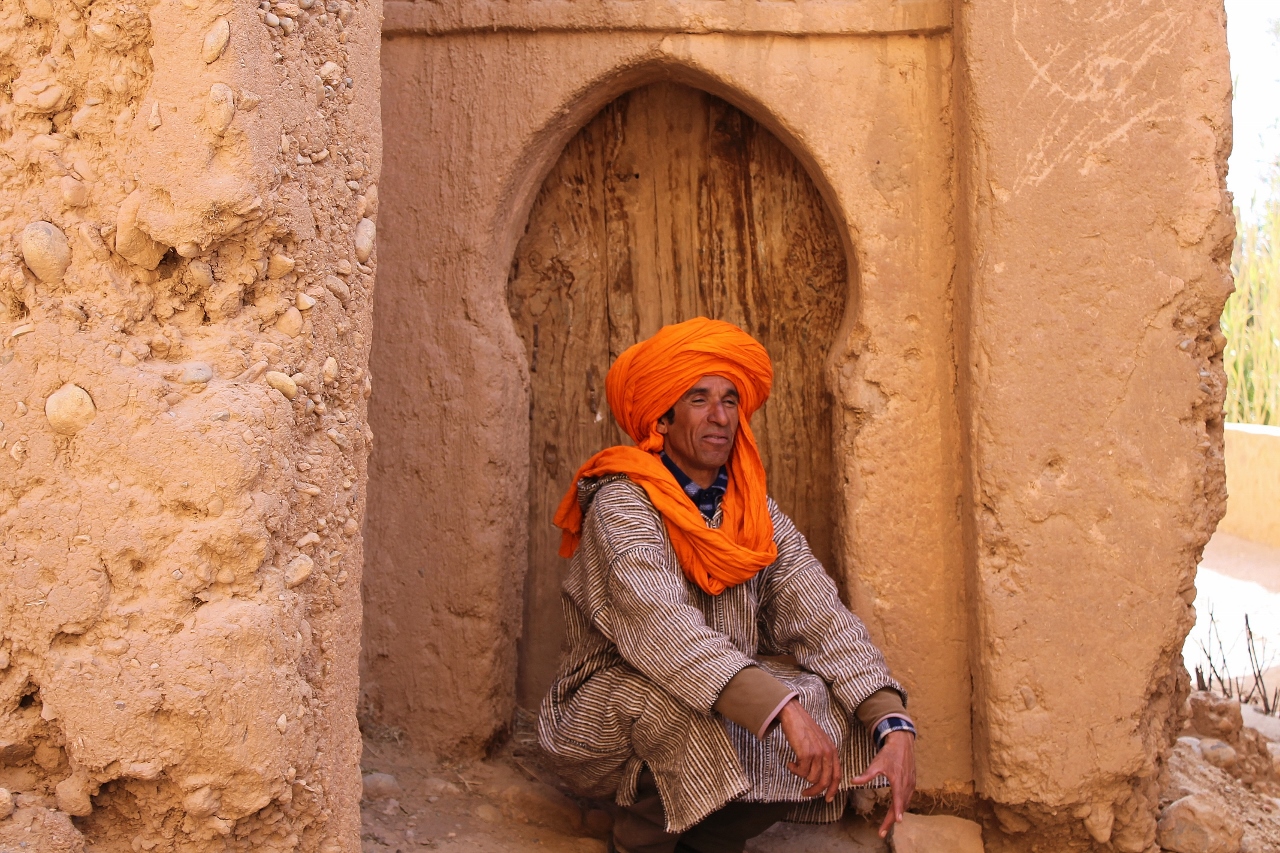 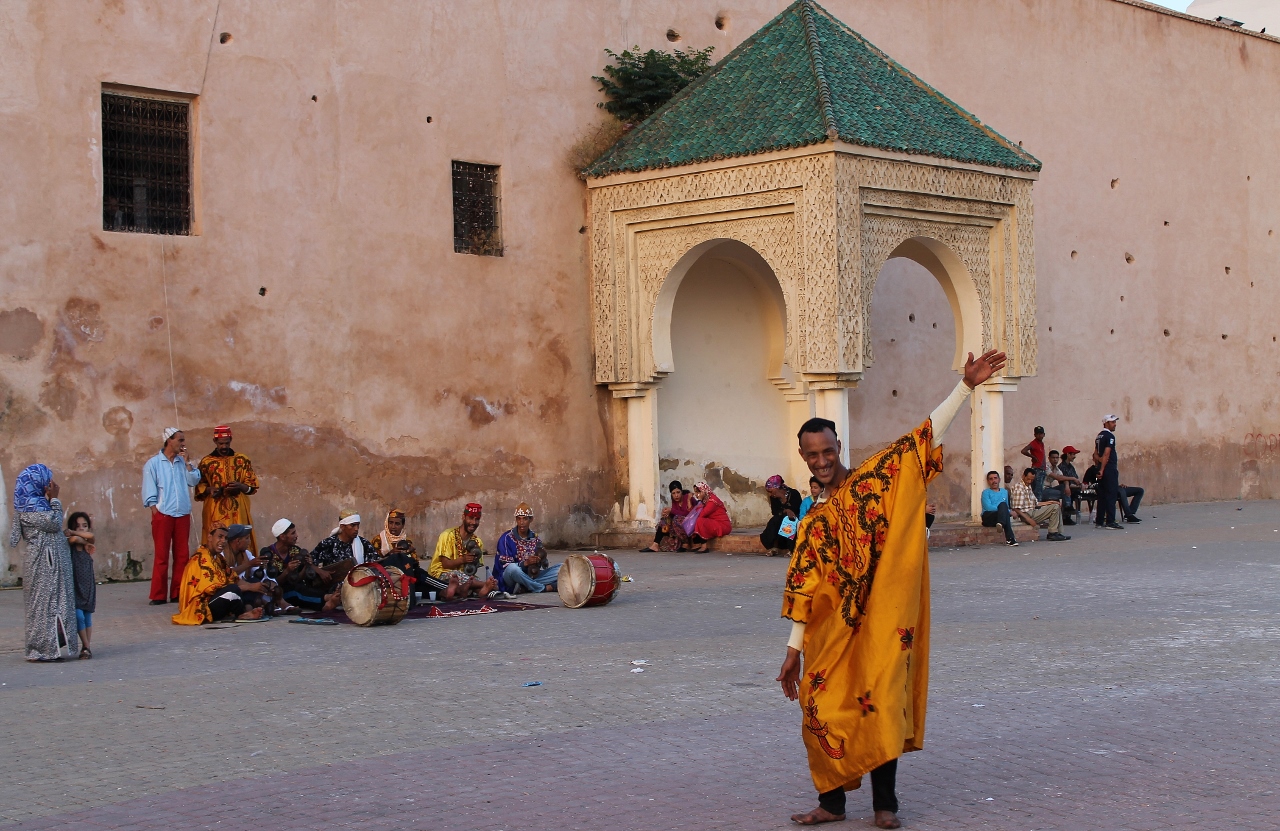 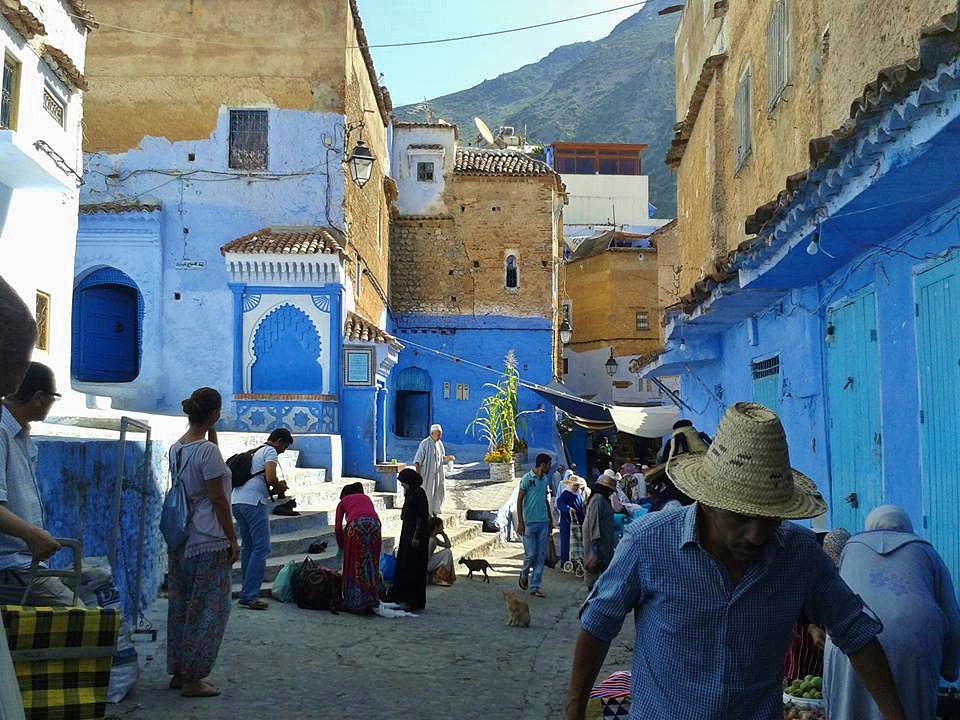 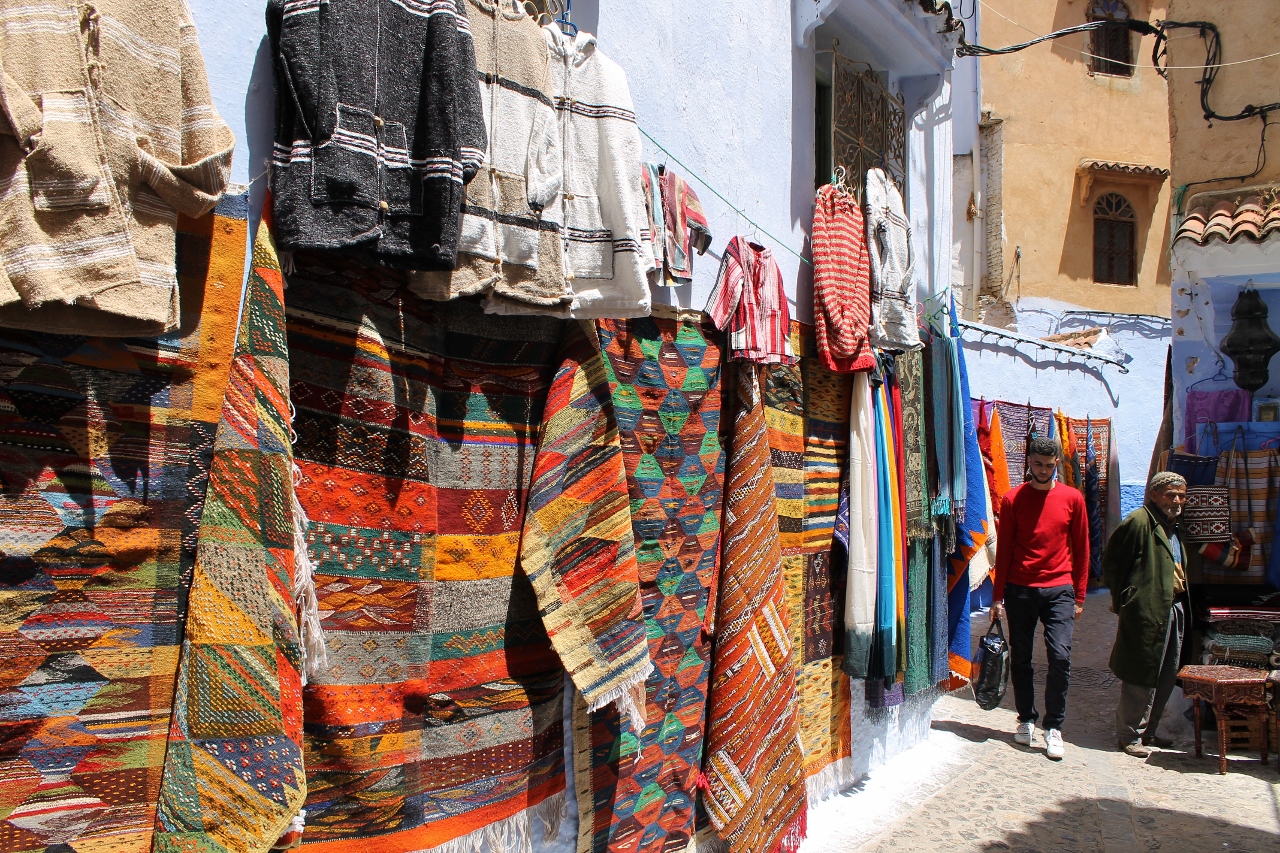 Day 1
Tangier – Tetouan – Chefchaouen (140 km)
At your arrival to Tangier, you guide will pick you up at the airport. After all preparations for our tour we head southeast, towards Chefchaouen. In this picturesque town situated on the slopes of the Riff Mountain, we will stop and to explore it. Because of the colours and the atmosphere inside the old medina, it makes Chefchaouen a unique location in Morocco.
– Accommodation: Riad in Chefchaouen
– Dinner: free time for dinner

Day 2
Chefchaouen – Volubilis – Meknès (200 km)
On the following day, heading south, we´ll visit the archaeological complex of a Roman city, Volubilis. This was the administrative centre of the Roman province of Mauritania and is part of the UNESCO World Heritage. Continuing south, we travel towards Meknès, having the rest of the day to visit its old Medina.
– Accommodation: Riad in Meknès
– Free time for lunch and dinner

Day 3
Crossing the Atlas Mountain heading south:
Meknès – Ifrane – Azrou – Midelt – Er Rachidia – Rissani – Merzouga (485 km)
As usual, after an early breakfast, we head towards Ifrane (meaning “caves” in Berber) at 1700m height. It´s known as the “Little Switzerland of Africa”. Continuing south towards Azrou, through the Atlas cedar forest where we might see wild monkeys. We will make use of one of the two major historic routes that connects to the “Great South”.
Lunch will be on the way. Then we descend to Midelt (1520m), Errachidia (1020m) and reaching Rissani known for its beautiful entrance gate. This long day trip will end, as we arrive in the Berber village of Merzouga. Here we will see the Erg Chebbi, where the Sahar desert begins. It´s dunes can rise up to 150-200m. The local town of Merzouga is located west of these dunes, just 20km from the Algerian border.
– Accommodation: Kasbah in Merzouga
– Dinner: in the Kasbah

Day 4
Merzouga – Rissani – Alnif – Tinghir (200 km)
After a good breakfast, we will visit and climb the Erg Chebbi, the most beautiful dunes of Morocco. Lunch as always will be on the way.
We will depart heading northwest towards Alnif, arriving at the Tinghir oasis that lies south of the “High Atlas” and north of “Little Atlas”.
Also we will visit the Todra Gorges (cliffs with a maximum elevation of 300m and separated by 20 to 50m) and discover its oasis.
– Accommodation: Kasbah in Tinghir
– Dinner: in the Kasbah

Day 5
Tinghir – Vale do Dades – Kelaa M´Gouna – Ouarzazate (170 km)
Breakfast, and then depart towards the Dades Valley. Continuing to Kelaat M’Gouna in the Valley of the Roses, arriving at Ouarzazate that is the Moroccan Hollywood, also considered the entrance gate to the desert.
Lunch on the way.
– Accommodation: Riad or Kasbah in Ouarzazate
– Dinner: in Riad

Day 6
Crossing the Atlas Mountain heading north:
Ouarzazate – Aït-Ben-Haddou – Marrakesh (240 km)
On this day, heading north, we arrive at Aït-Ben-Haddou. It´s a very famous town that is situated on the foothills of the High Atlas, being the best known Ksar worldwide. Above all, it´s listed as being part of UNESCO World Heritage. Then, ascend to the second great historic route connecting the “Great South”. North bound, we cross the Atlas passing by Tizi N’Tichka (highest point 2260m). Here we will also make a stop to visit. Lunch will be on the way. Day ends arriving at the tourism capital of Morocco, Marrakesh, the 3rd biggest city in Morocco. The Riad is located near the famous Jemaa el Fna. Probably one of the most animated squares of the world, that will challenge your senses…
– Accommodation: Riad in Marrakesh
– Dinner: free time for dinner

Day 7
Marrakesh
In Marrakesh, you will have a free day, entirely dedicated to explore this magnificent city. “Lose yourself” in this ancient Medina. Put your negotiating skills to the test (hopefully you already had some practice the days before), and let yourself get conquered by the smells and colours. Another option you have is, simply have a rest on the terraces with an overview of the square, sipping a mint tea and watching the bustle below.
– Accommodation: Riad in Marrakesh
– Free time for lunch and dinner

Day 8
Marrakesh
This day will be for resting, doing some more exploration, and returning you to the airport for your flight back home.

This can be done traveling in the opposite direction to that described above. Start at Marrakech and end in Tangier. 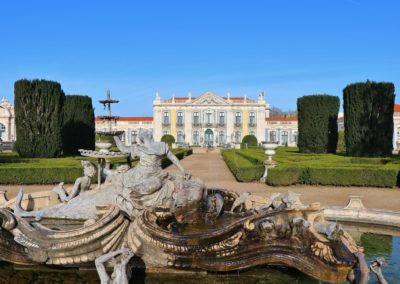 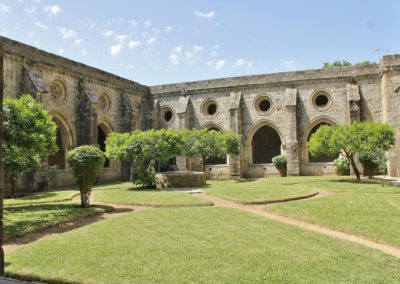 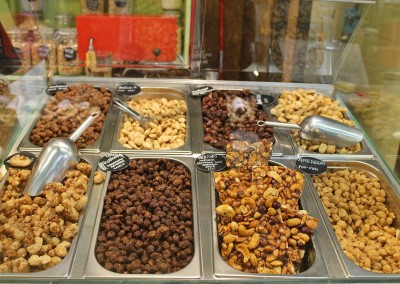 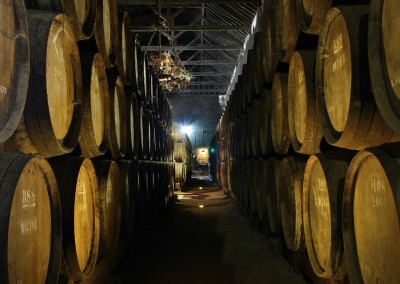